Posted on April 22, 2018 by The Court Square Blog Leave a comment

Join us at Book Culture LIC to celebrate the release of Alisa Roth’s new book Insane: America’s Criminal Treatment of Mental Illness on Tuesday, April 24th at 7pm! Alisa will be joined in conversation by Eyal Press.

America has made mental illness a crime. Jails in New York, Los Angeles, and Chicago each house more people with mental illnesses than any hospital. As many as half of all people in America’s jails and prisons have a psychiatric disorder. One in four fatal police shootings involves a person with such disorders.

In this revelatory book, journalist Alisa Roth goes deep inside the criminal justice system to show how and why it has become a warehouse where inmates are denied proper treatment, abused, and punished in ways that make them sicker.

Through intimate stories of people in the system and those trying to fix it, Roth reveals the hidden forces behind this crisis and suggests how a fairer and more humane approach might look. Insane is a galvanizing wake-up call for criminal justice reformers and anyone concerned about the plight of our most vulnerable.

Alisa Roth is a former staff reporter for Marketplace and frequent contributor to various NPR programs. A Soros Justice Fellow, her work has also appeared in the New York Review of Books and New York Times. She lives in New York.

Eyal Press is a writer based in New York. His work has appeared in the The New Yorker, The New York Review of Books, The New York Times Magazine, The Atlantic, The Nation, and the Raritan Review. He is the author of Beautiful Souls: Saying No, Breaking Ranks and Heeding the Voice of Conscience in Dark Times (2012), and Absolute Convictions (2006), a narrative account of the abortion conflict. He is a past recipient of the James Aronson Award for Social Justice Journalism, and he is currently a fellow at the New York Public Library’s Cullman Center. 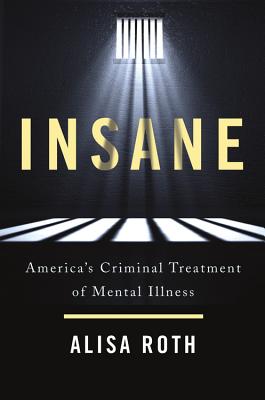